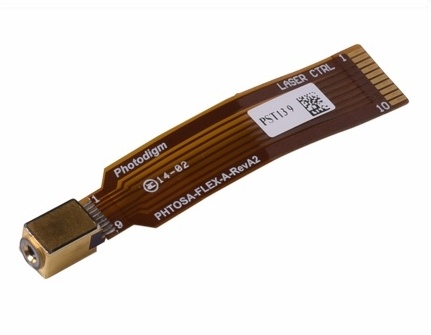 The Mercury TOSA is a compact cubic package (5.8nnWx5.2mmHx10mm) specialized for cooled laser operation.  The laser diode carrier is directly soldered on the TEC cool side.  The TOSA can be cooled to   -10°C.

The TOSA package is hermetically sealed with dry N2/He filling gas (per MIL spec883, better than 5 X10-8 atm-cm3/sec.). Therefore environmental humidity is not a concern for normal diode operation.

Emission position:  An aperture sits in the middle point of the TOSA window, i.e., 2.6mm from the base of package and 2.9mm from the side of package.  In the direction of light emission, the aperture is 1.05 mm max from the outer edge of package. 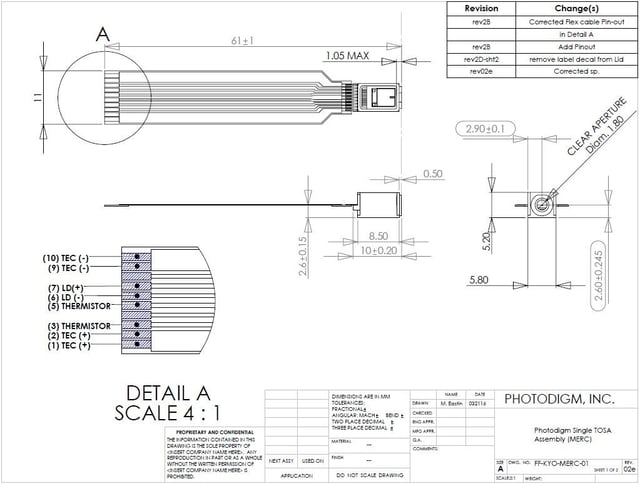 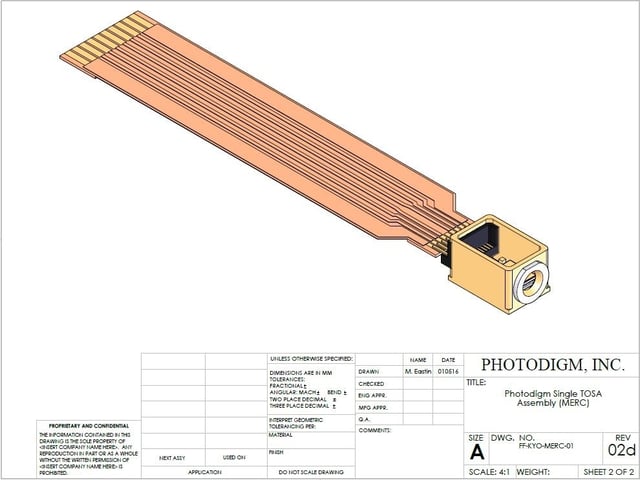 Photodigm has worked with leading researchers worldwide to deliver monolithic, single frequency laser diodes for the most demanding requirements. Our laser design and wafer fabrication engineers have consistently improved the performance of our devices. During this time, our users have seen higher powers, lower threshold currents, and higher slope efficiency compared to earlier generations of product. Users are reporting Gaussian linewidths below 500 kHz, comparing favorably with commercial ECDLs and almost an order of magnitude lower than competing DFB lasers. With the introduction of our advanced Mercury™ TOSA in 2012, shown in Fig. 1, Photodigm lasers set the standards for spectroscopic laser diodes for research and industry. 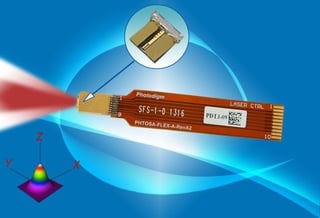 A consistent request from our customers has been to deliver a more user-friendly beam. The free-space beam from a Photodigm DBR laser exhibits modest astigmatism and a rapidly diverging fast axis. This is typical of almost all semiconductor lasers and is a result of the epi design and the ridge waveguide design. Responding to these inputs, Photodigm has developed a virtual point source (VPS) lens, specifically designed to correct the astigmatism and reduce the divergence of the fast axis. This proprietary micro lens is mounted on the submount, as shown in Fig. 2, and contained within the Mercury TOSA. The resulting free-space beam exiting the TOSA is a near-Gaussian, slightly diverging, slightly elliptical beam that can be focused or collimated as needed with a single asphere, as seen in Fig. 3 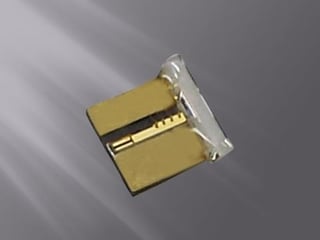 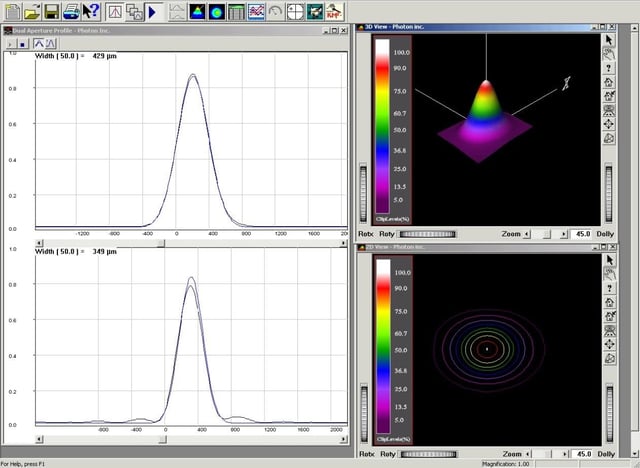 Photodigm continues to set the standard in precision semiconductor lasers with our PreciseMode™ product line.  Addressing the two most vexing characteristics of laser diodes – mode hops and beam divergence – the Photodigm PreciseMode delivers a nearly circular, weakly divergent beam with a >2nm mode-hop-free tuning range. Both OEMs and researchers alike will find significantly improved user-friendliness with the same high performance specifications that they have come to expect from all Photodigm DBR lasers. 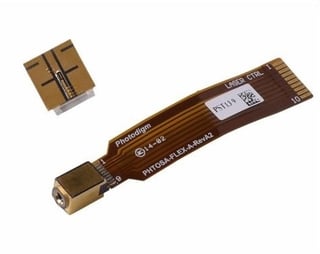 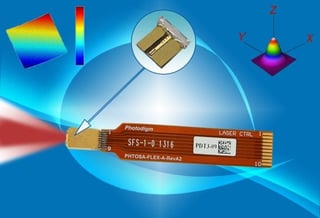 Photodigm Spectroscopy Certified™ single frequency, single mode DBR lasers are key components in high performance portable spectrometers.  In the product pipeline are magnetometers, atomic clocks, fiber amplifiers, LIDAR spectrometers, and medical diagnostic instruments.  In 2016 we  introduced the PreciseMode DBR Laser to support these advanced product programs. This high speed (10 GHz modulation rate) package combines internal beam correction and 2 nm tuning range without a mode hop with deterministic mode selection over the life of the device.  It is available at key wavelengths between 767 nm and 1083 nm and at power levels up to 240 mW.  This gives the system designer access to the performance of a Ti:sapphire laser with the miniaturization and scalability of a semiconductor at performance levels that no other laser diode can match. 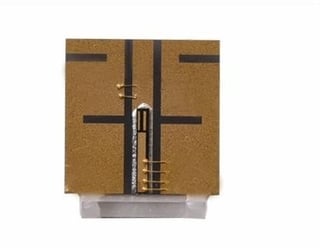 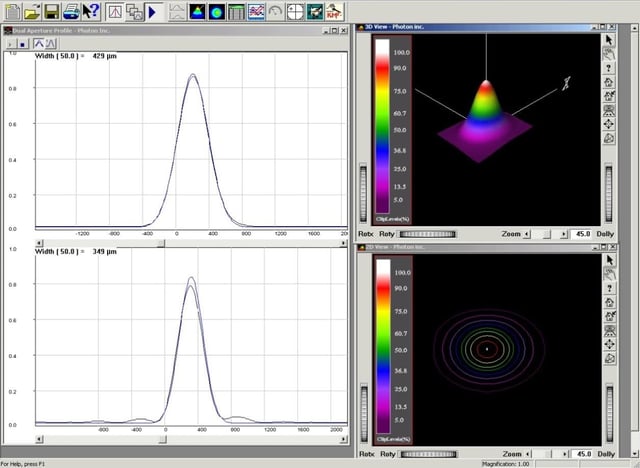